Lessons Learned from the Baseball Field (2 of 2)

As I reflected on notes I took during my son's baseball game, I thought back to a previous coach of his. The coach used to say that he understands if mistakes are made, but there is no excuse about attitude and effort. I have to agree. 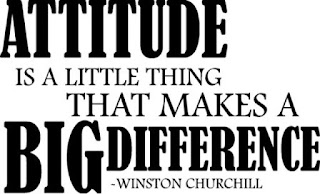 Attitude is everything and this time, I'm not referring to the kids, I'm talking about the adults.

Kids feed off of our emotions and attitude.

Out on the ball field this week, I saw it. We're down by 4 runs and the kids are feeling it. Coach is mad. Clipboard thrown to the ground. Head down and mumbling.

Can't tell you for sure, but I know it doesn't communicate anything positive. It doesn't help. It doesn't motivate.

How can this apply to our schools? There are days when the adults are upset on campus. It's been a rough morning at home. Drop off was a nightmare. The students just won't stop talking. The lesson I spent hours on was a disaster. We're upset. We're frustrated. We're angry. We're tired.

We need to be able to push things aside and be there for the kids.  We're the adults. We need to keep the positive attitude.

As a mom and principal, this is something I need to remember all the time.  My attitude affects those around me, and I want my attitude to have a positive affect on others.

The kids need it.  The kids deserve it! 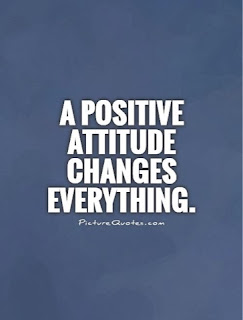 Posted by Sargeant at 3:14 PM No comments:

Lessons Learned from the Baseball Field (1 of 2)

As I sit here watching my son's baseball game, I feel compelled to write.  We're at the end of the sections tournament and it's quite intense.  Emotions are high and the boys are losing.


Here's a bit of the current scene:

- Ball hit foul towards first base and my son runs to catch it - "Nice effort!" yells the coach and team in the dugout

- Pop up to right center, two players run to try and catch the ball.  It's missed. - again you hear "Nice effort!" 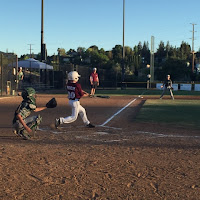 In both cases, the coach could have been frustrated with the missed opportunity of an out, but he wasn't.  Maybe he was, but you didn't see it.  Instead, he recognized the effort.

Whether it's sports, the classroom, or any aspect of life, appreciate the effort. Not only appreciate it but acknowledge it too.

Not one day have I seen my boy step out on the ball field and give anything less than 100%.  Has he struck out? Yes.  Has he made an error on defense? Yes. But without a doubt he is working hard and trying.


It's just like the kids in our schools that give their 100% everyday. Are there times they do things we don't want them to?  Yes. Do they miss a problem we've been reviewing for days? Yes. Do they fail a test we thought they would pass? Yes. But it's not for lack of effort.

It's not that they're not trying. I don't know a kid who walks into school and thinks, "I'm going to see how little I can accomplish today."

These are kids we are working with day in and day out. They're trying. They're making an effort. It's our job to recognize that and validate it. 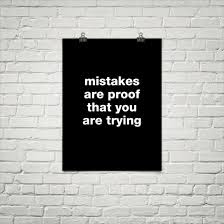 Posted by Sargeant at 2:38 PM No comments:

As I sit back and reflect about my second year as a principal, I think about the journey: the highs, the lows, the challenges, the things I wish I would have done differently, and everything I still want to do. One thing that stands out to me is comments that have been made from people outside of education.  It usually goes something like this:

Them: You're in your second year?  So it's easy now, right?

Me: Not sure I would say it's easy. A little different, but not easy.

Them: But it's your second year, you know what to expect.

Me: Well, I know the paperwork things that have to get done. My site plan, safety plan, scheduling ...things like that.  But there are a lot of things that you can't really plan for.

Them: Well what else do you really have to do?

I usually end up wrapping up the conversation then or switching the subject because I feel like I'm trying to convince someone of something they just can't understand.

Is it easy? No way.  Do I think it's ever really going to be easy? Nope.  But people tend to think that if it's not easy, then I must not like it.  Our jobs aren't something that you can plan out every day and know what to "expect" as people may think.  I can always have my list of things I want to get done, but each day brings something new.  The best planned out day can go sideways from the moment I walk onto campus. 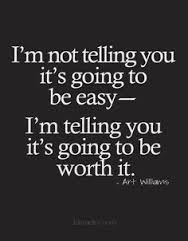 But being easy doesn't equate to enjoyment.  I didn't move into leadership because I thought it would be easy.  I love my job. I get to make a difference every day in the lives of so many.  I get to play, laugh, learn, lead, and be there for so many kids that need me every day.

So although there are days that seem like I don't have a minute to sit down and take a breath, days that I am emotionally exhausted when I get home, and days I can't even think about what I actually accomplished, I wouldn't have it any other way.  There is nothing else that I would rather be doing.